Laser use: Light-triggered drug release studies from light-activated liposomes. ML6000 series laser system was used together with Modulight in vitro illumination kit to illuminate liposomes in plasma and in vitreous. In a follow-up Business Finland project together with Bayer, ML8500 was used to determine most optimal drug release parameters in an efficient and robust way.

Effective delivery and release of therapeutic drugs to a specific site or cell type is one of the big challenges in cancer therapy. One option is to encapsulate drugs into liposomal nanoparticles that protect them from degradation and improve bioavailability. Since passive drug release from liposomes is erratic and inefficient, light-triggered release offers attractive possibilities for efficient drug release at desired place and time. This also helps in reducing the drug’s dose and limiting side effects. To achieve this, light-sensitive molecules such as indocyanine green (ICG) are incorporated into liposome, releasing contents when illuminated with a laser light. The release can be precisely controlled by strength and duration of the illumination. Thus, light-controlled delivery systems have vast potential to improve therapeutic cancer drug delivery. 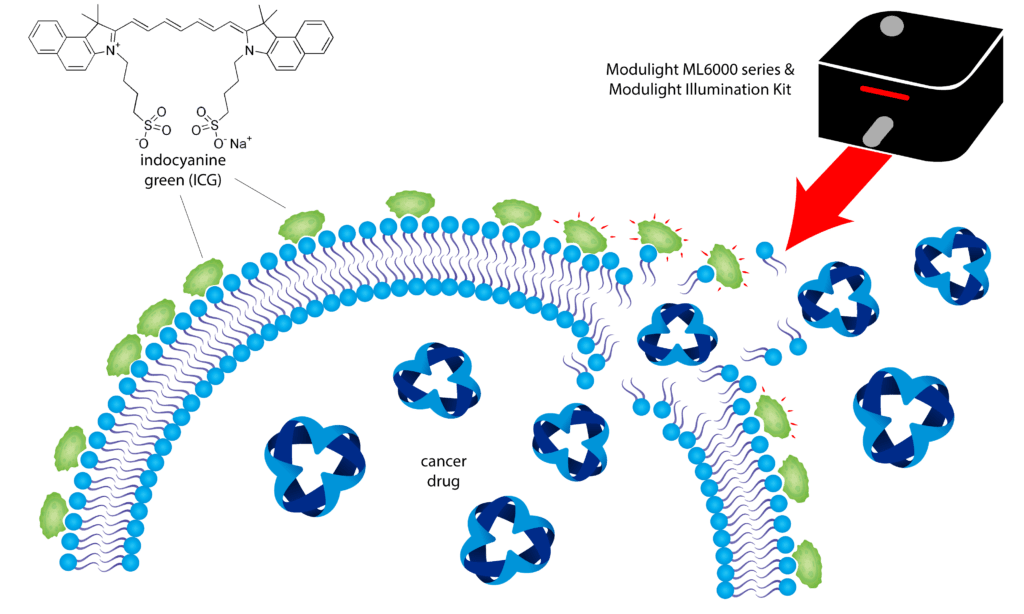 It is important that light-triggered liposomes efficiently release their contents, while the liposome stability should be maintained in the absence of laser light. The aim of this study is to determine how liposomal stability and drug release are affected by liposomal formulation. Indocyanine green was used as the light-sensitizing compound in the liposomes since it is clinically approved light-sensitive agent. Three different liposomal formulations were prepared:

Formulation A: ICG in the aqueous core, liposomes coated

Formulation B: ICG in the liposomal bilayer, no coating

Light-triggered release was studied by irradiating liposomes with Modulight in vitro illumination kit connected to ML6600 laser (808 nm wavelength, 9.7 W/cm2 power, 5 s irradiation time) and measuring the fluorescence of released cargo (calcein) with a plate reader. Also the effect of degraded ICG molecules was determined by irradiating free ICG with laser and then incorporating irradiated ICG into liposomes to monitor if any passive contents leakage would happen.

The stability of the liposomes was better in the vitreous than in plasma. All formulations were relatively stable in plasma for up to 5 h and in vitreous up to 3 days, with formulation A showing highest stability. Upon light triggering, calcein release from liposomes was 21 %, 26 %, and 34 % for formulations A, B, and C respectively (Fig 1). Formulation C showed significant passive release of about 10 % without light activation. Liposomes with degraded ICG did not show higher leakage of calcein compared to liposomes with intact ICG, demonstrating that degraded ICG has no major consequences on liposome stability (Fig 2). 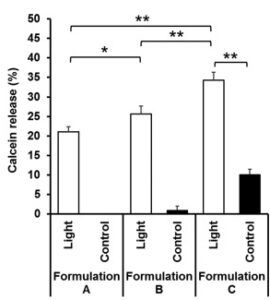 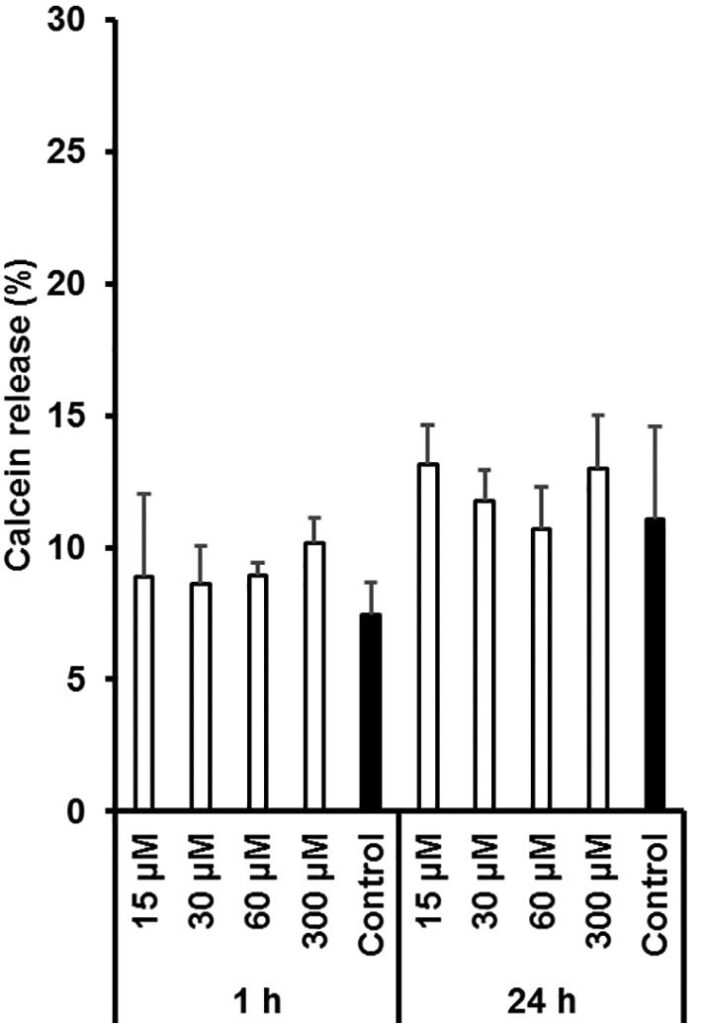 Figures from the original publication. Reproduced under Creative Commons Attribution 4.0 International License.
Conclusions:
Light-triggering of all three formulations was successful. Formulation C had most efficient drug release properties but also had notable passive release, which could lead to premature contents release in vivo. The most stable formulation (A) included coating and ICG inclusion in the aqueous core. The stability of the liposomes should be adequate for the most common clinical treatment protocols.
Next steps:

Business Finland funded project was initiated between University of Helsinki, Bayer, and Modulight with aim to leverage the promising liposomal drug delivery technology for cancer therapy. Drug delivery to tumors is investigated in a multidisciplinary consortium with expertise in chemistry, biology, pharmacology, laser technology, and drug development. Special focus of the project is to achieve time-and location-controlled tumor delivery of biologicals, such as peptides, nanobodies, and oligonucleotides. In parallel, new robust and repeatable methods to study complex delivery of biomacromolecules are developed, paving way for a new generation of anticancer products. 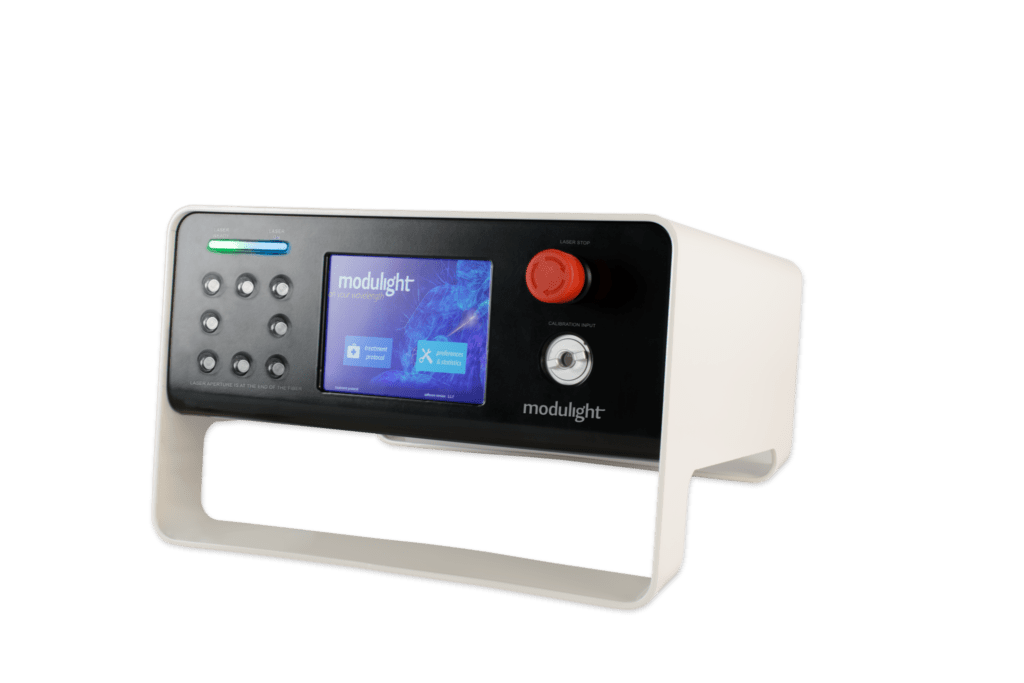 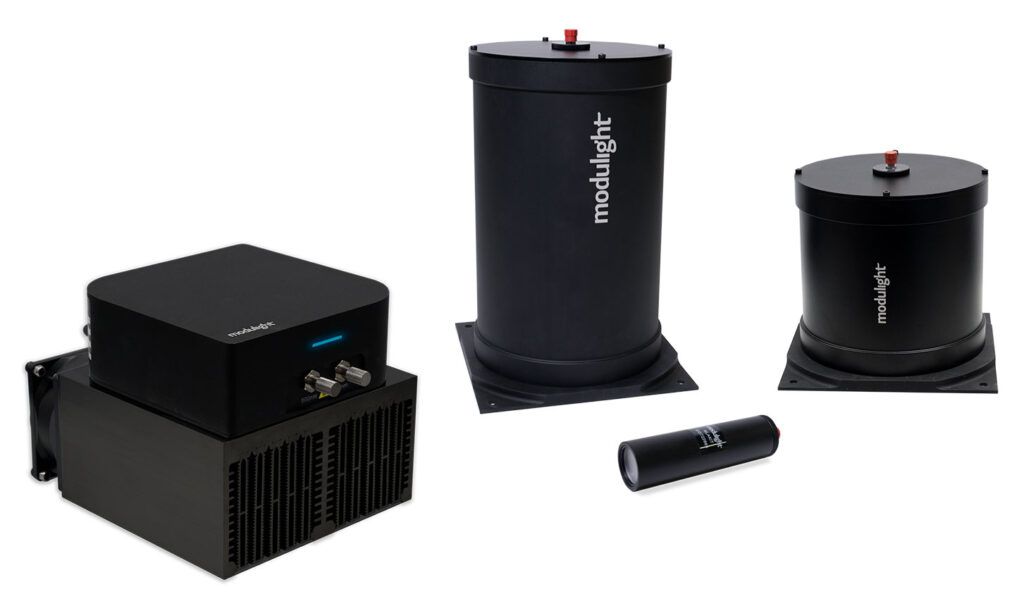 MLAKIT – Illumination kit for in vitro and in vivo research » 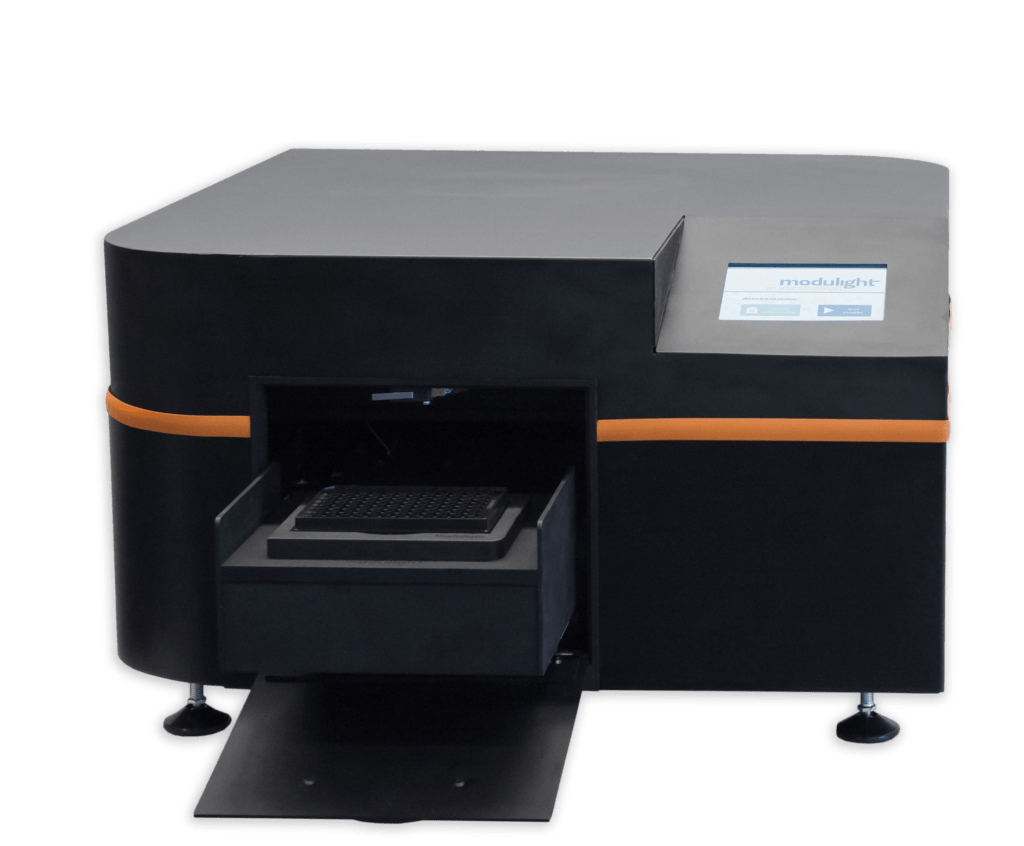